John Fox’s last game with the Denver Broncos was a disaster. Playing at home against an inferior Colts team, the heavily favored Broncos were dismantled and lost convincingly, 24-13. They were lucky it was that close.

In the 2013 season, the Broncos appeared to be the best team in the NATIONAL FOOTBALL LEAGUE. They made it to the Super Bowl fairly easily. Their performance in the Super Bowl was a disaster. They were outplayed, outcoached, and completely unprepared for sport’s biggest stage. They were blown out by the Seahawks 43-8.

In the 2012 season, the Broncos rolled into the playoffs as the AFC’s highest seed, again earning a first-round bye. They were heavy favorites at home. Again, they didn’t play well against an inferior team and saw yet another disastrous ending, blowing a late lead and losing to the Ravens in stunning, gut-wrenching double overtime.

For plenty of franchises in the sports world, the scenarios mentioned above would represent successful seasons. The Denver Broncos are not one of them. Not with John Elway running things.

We can talk all we want about Elway’s issues with the team’s preparation and mental toughness or the differing opinions on the changing offensive schemes, but the outcomes of those three games are the reason John Fox and John Elway told each other to get lost on Monday afternoon.

It had to be done.

John Fox coached the Broncos for four years, compiling a 46-18 regular season record. He went 38-10 post-Tebow. But those gaudy numbers will always ring hollow because of the way the team performed in the playoffs, where two home field faceplants sandwich an embarrassing Super Bowl appearance.

Let’s talk a little more about the most recent faceplant.

The Broncos started the game by forcing a three-and-out. Then they marched the down the field for a touchdown and a 7-0 lead. It was all downhill from there. The Broncos did not find the end zone again. The Broncos’ next seven drives– against a very mediocre defense– ended like this:  Punt, Fumble, Punt, Punt, Field Goal, Punt, Punt. Remember that high-powered, intimidating, record-breaking offense with an unstopabble array of weapons? Me neither.

When that idea failed, they simply had their quarterback, who couldn’t really throw, repeatedly chuck the ball down the field, hopefully in the general vicinity of a receiver. It worked zero times.

This game felt like the end of an era. On Monday, we learned it was, indeed, the end of the John Fox era. But there is a greater feeling of finality and change beyond the coaching staff not returning. This game felt like the last time the Broncos can be looked at as perennial Super Bowl contenders. Over the past three years, we’ve grown accustomed to the Broncos being one of a handful of favorites to win the Super Bowl. Before the season, we could look at the schedule and easily pick out twelve or thirteen games the Broncos should win. Those days are over. At least, they certainly appear to be.

Of course, much of the reason for this outlook is due to the play of Peyton Manning on Sunday and in the regular season’s last few weeks. He just wasn’t the same guy. Never was this more apparent than on Sunday when the Broncos’ offense repeatedly stalled after several poor throws from Manning.

Then Monday also brought the reports that Manning was playing on a torn/strained/tweaked/hurt/injured right quad. Is that why Manning didn’t play that well? Or is that just a convenient excuse? Did we all just witness the end of Manning’s incredible career?

These are all questions Elway and Manning will need to try to figure out, preferably sooner than later.

In the NATIONAL FOOTBALL LEAGUE, a handful of teams feel really good about their quarterback, a handful of teams have a “pretty good” quarterback, and a bunch of teams have a crap quarterback. The past few years, the Broncos have been among the NATIONAL FOOTBALL LEAGUE’s best teams because they’ve had a great quarterback. If Manning has devolved into a “pretty good” quarterback (or worse) the Broncos, as a team will also inevitably fall back to the pack, a place they haven’t been since the Tebow days of 2011.

John Elway has “won free agency” a few years in a row. And for the third year in a row, Elway, Fox, and Manning have failed to win on the field in the playoffs. Another year has come and gone and with it, another opportunity to win the Super Bowl.

I’m afraid that might have been the last one for a while. 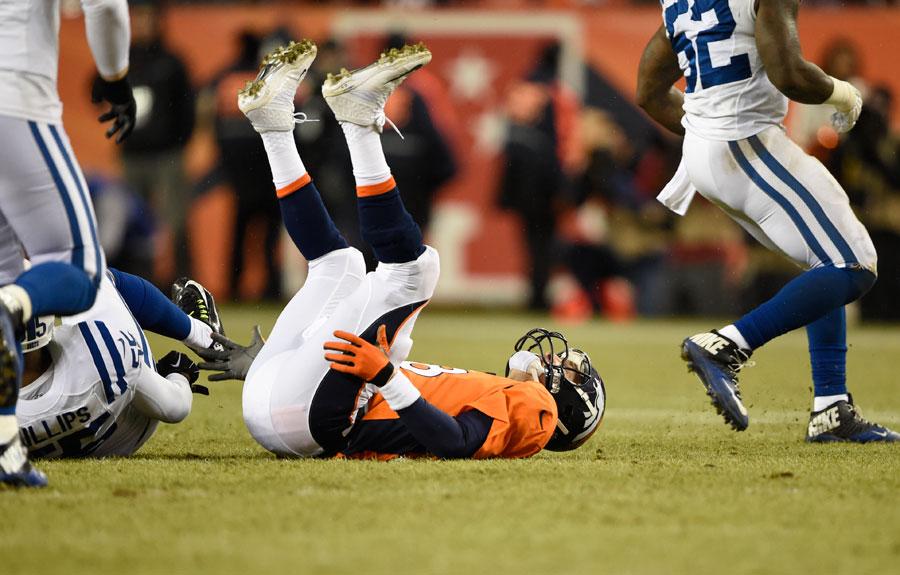 Off to the weekly departments…

Tweets of the week:

This is a really bad error in Elizabethtown newspaper…I mean really bad: pic.twitter.com/R07pgmTiMd

Oopps you missed me! Walked right by me! Hope he gets to see his pic with me on Twitter, he doesn't know we took this pic.twitter.com/CHgFlVfafm

Vines of the week:

Colorado State and Air Force threw down. It started with this headlock and girly punch to the back:

Look at the Hawks’ bench celebrating before Korver even shoots it:

Photo of the Week: 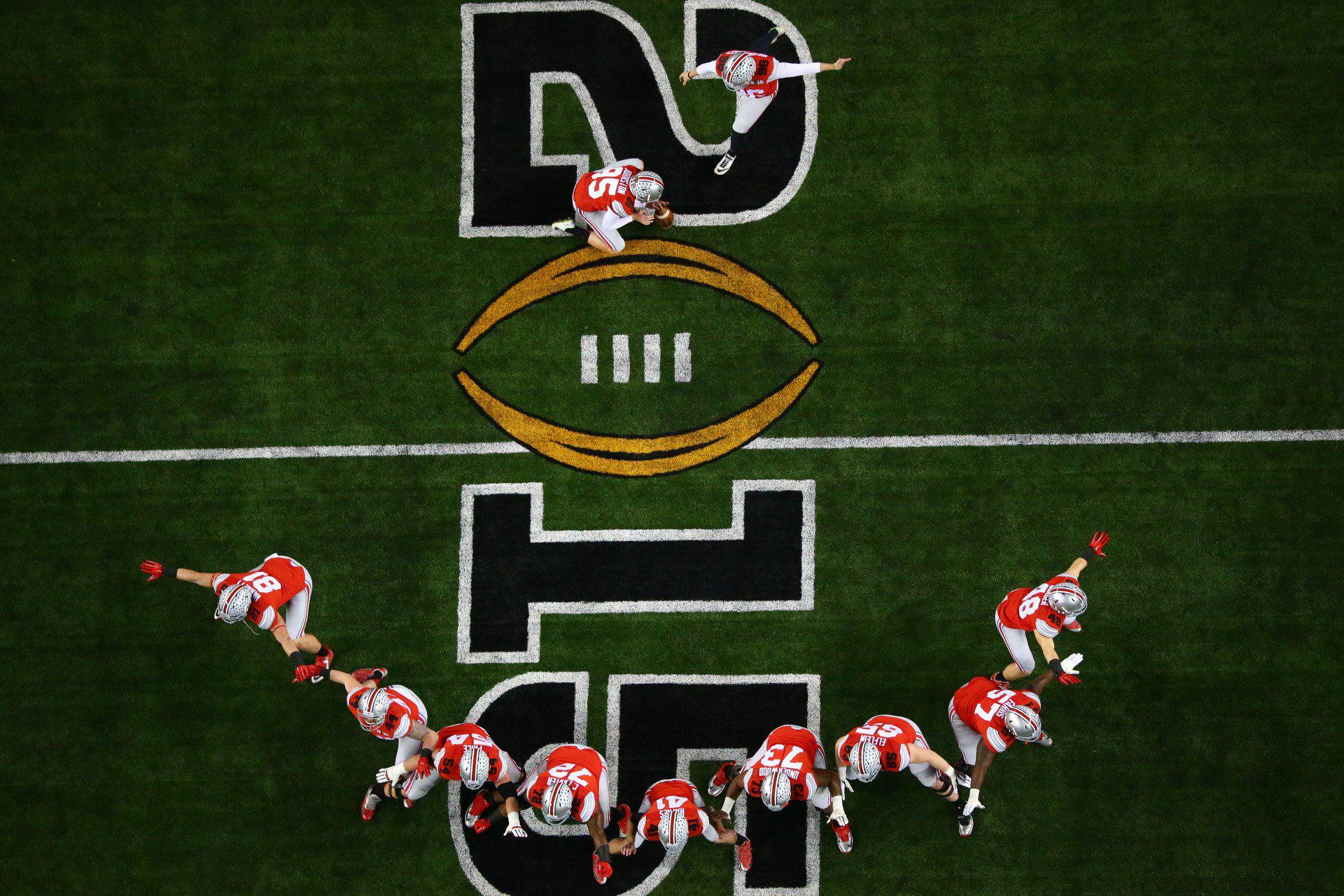 A couple links worth sharing (lots this week!):

Some other stuff the internet had to offer this week:

Just a nice, relaxing drive on the city bus.

I always knew public transportation wasn’t for me.

I just can't seem to make up my mind about Tim Tebow. (The Denver Post / John Leyba)

The Tim Tebow debate rages on in Denver and across the country after the Broncos dramatic comeback win over the Dolphins on Sunday. Everybody has an opinion on the polarizing quarterback. I’m sure I have one too, I just don’t know what it is yet:

Me:  Did you see that comeback Tim Tebow and the Broncos made on Sunday? My goodness, that was unreal.

Other Me:  Did you really just say “My goodness?” But yeah that was really great. If you like watching two horrible teams play like they belong in the Big Sky Conference.

Me:  I won’t deny how hard the first 55 or so minutes of that game were to watch. Punts, missed field goals, more punts, dropped passes, fumbles, more punts. At one point I think the teams were a combined 0-438 on third down conversions; it was actually pretty comical to watch sometimes. But that finish was unbelievable! There’s something about that Tim Tebow fellow. I can’t wait to watch him every week.

Other Me: Tell me you’re joking. He played the Dolphins in a semi-home game. He had 24 yards passing through three quarters, including ZERO in the third quarter. He missed some throws so badly… Did you see when he had Demaryius Thomas wide open down the sideline and it looked like he was throwing it away?! The announcers were baffled. I was wondering if he was trying to hit somebody in the third row; I mean there were enough Broncos jerseys out there. Did you see when Eric Decker beat his man by 5 yards on a post and Tim threw it to the wrong hash marks?

Me: Yeah, I guess I did. But it’s not like he has much of a supporting cast. He missed some wide open receivers, but I also saw Matt Willis, Eddie Royal and Thomas drop passes that should have been caught. Christian Ponder has Adrian Peterson. Tim Tebow has Willis McGahee. Cam Newton and Andy Dalton have Steve Smith and A.J. Green making big plays. Tim Tebow has Eric Decker. All that said, did YOU see how the Broncos scored more points than the other team? I think that means they won.

Other Me: If Tebow plays like that for the remainder of the year, that will be the only win he’ll see this season.

Me: 2-14 would give us a pretty good chance at drafting Andrew Luck…

Other Me: Don’t change the subject. He didn’t look like a NFL quarterback out there, admit it! Maybe Merril Hoge was right.

Me:  Merril Hoge is an idiot. A typical ESPN blowhard. That stupid little twitter rant was all in the name of self-promotion. He’s just another talking head trying to make a name for himself instead of offering actual insight. Start to Google “Merril Hoge” and the computer assumes your going to look for “Merril Hoge Tim Tebow.” He knew what he was doing. Feeding off the media machine that Tebow is by upsetting his millions of super-loyal fans.

Other Me:  Woah, you were pretty fired up about that one.

Me:  Hoge and his enormous tie knot… they’re both idiots.

Other Me:  Well we’re in agreement there. Anyway, will you at least admit that Tebow’s mechanics need some serious work?

Me: Absolutely. But he has bigger issues than his throwing motion and footwork. I think his biggest problem is his brain. He can’t read defenses, predict blitzes or make quick check-downs when the first read isn’t there. I’m no NFL scout, but even I could tell he was bailing from the pocket and locking to scramble way too quickly.

Other Me:  You’re starting to make my argument for me…

Me: Not necessarily. I think the cerebral aspect of football is something that can progress with experience. Give him eleven games, and if he looks as silly as he did for the first three quarters Sunday, I’ll shut up. Experience is golden. Even some of his awful throws could have been the result of being a little too revved up. He was ready to prove a whole lot of people wrong and he may have been wound a little too tight, although that obviously paid off in the end.

Other Me: You’re not starting to bring up that “it factor” everyone loves to talk about are you? I’m getting so tired of that.

Other Me:  Because I watched the first 55 minutes! We’re just going around in circles here.

Me: Fine. Here’s my bottom line: Give him some time to get the feel of the NFL and give him some better offensive weapons to work with and he can lead a winning team. You can agree with that right?

Other Me: Not really. I mean, did you see the first 55 minutes of that game?!

Other Me: This conversation is over.