Welcome to the 64th edition of Tuesdays With Mitch, where I’ve just been moved to the 15-day DL; no longer day-to-day. Lots of good stuff out there this week. Let’s get into it…

Eddie Butler’s Major League debut wasn’t very cool. Then he got hurt, because all Rockies are supposed to get hurt. (Isaiah J. Downing-USA TODAY Sports)

Last week I mentioned that I wasn’t sure what to expect from the Rockies as they embarked upon an all-important 10-game homestand. I could see 9-1, I said. I could also see 3-7 as some kind of worst case scenario, I said. One week later, it looks like my worst case scenario was too generous. They’re currently 1-6 on the stand and have lost 10 of their last 11 games and 14 of 17 overall. They have fallen 5 games under .500 and are 12.5 games out of first place. Seriously! I didn’t make any of those numbers up!

Outside of the health and continued stellar play from Troy Tulowitzki, pretty much everything has gone wrong for the Colorado Rockies. It has been dreadful to watch.

The decline to irrelevance was shocking for a number of reasons. Most notably, to me at least, was the immediacy of the nosedive. Literally two and a half weeks ago, on May 22nd, fans and analysts alike were considering this team a legitimate National League West contender. Two and a half weeks is a blink of an eye over the course of a six-month MLB season. How quickly and emphatically the season ended is just difficult for me to even comprehend.

The past couple seasons have come with hot starts that had a bit of a flukey aura to them. For whatever reason, I thought the 2014 team had a different feel. They had a different makeup. They seemed to have a different mindset. They were talented. They were surviving a bunch of unfortunate injuries.

At some point the injuries became too much to handle, specifically when Nolan Arenado went down. That dramatically changed the entire makeup of the Rockies, both offensively and defensively. And the horrible news just keeps coming. Yesterday three more injury related headlines were announced. Eddie Butler would hit the DL after just one start. Michael Cuddyer would hit the DL (again) and it sounds like he’ll be out for a long while. And Carlos Gonzalez would need surgery on that damn finger. So let’s take a look at the status of eight very important Rockies:

I’ve come to the conclusion that it’s hard to win without any players.

It may sound incredibly lame and homer-ish but I don’t care, the Rockies have been incredibly unlucky this year. This entire season has been dripping with bad luck since Spring Training. Baseball is the best, but it sure can be a bitch sometimes.

The Rockies have now entered the territory where fat pitchers who can’t hit, like Hyun Jin Ryu, are unleashing Puig-like bat flips. This GIF is a nice summary of the current state of the Rockies.

It’s going to be a long summer.

On a non-depressing Rockies note, check out the heartwarming reaction of Rockies’ draft pick Kyle Freeland upon hearing he was selected 8th overall by his hometown team.

Off to the weekly departments…

LeBron James gets it this week for two reasons. Game One, when he got a cramp and set the internet ablaze with hilarious irrationality. Game Two, when everyone was like Damn. This guy is really good at playing basketball. Right now, we’re watching one of the best players ever playing at his highest level in the Finals against a really good team. I’m no LeBron honk, but as sports fans we’re all obligated to appreciate that.

Manny Machado is a heck of a baseball player. Unfortunately he also appears to be a douche. After a kerfuffle about being tagged out (huh?) on Friday, Oakland threw inside (intentionally) to Machado on Sunday. On the next pitch, Machado responded by pretending to swing while throwing his bat at the pitcher and missing horribly. I have definitely never seen that one. Props for creativity I guess, but the execution left a lot to be desired. He claimed the bat slipped out of his hands on a normal swing. How dumb does he think we are?

Either way, you can’t go around throwing baseball bats at people, dude. He was suspended five games this afternoon for his douchey actions.

June 7, 2014—the Greatest Comment in the History of the Internet has been posted. pic.twitter.com/rxkzXdq01c

The Chris-Bosh-looks/acts-like-a-dinosaur jokes will never get old.

Neither will laughing at Bartolo Colon’s swing, this time combined with 50 Cent’s famous first pitch.

Picture(s) of the Week

I really like this shot of Danny Green after one of his big threes in Game One of the Finals. 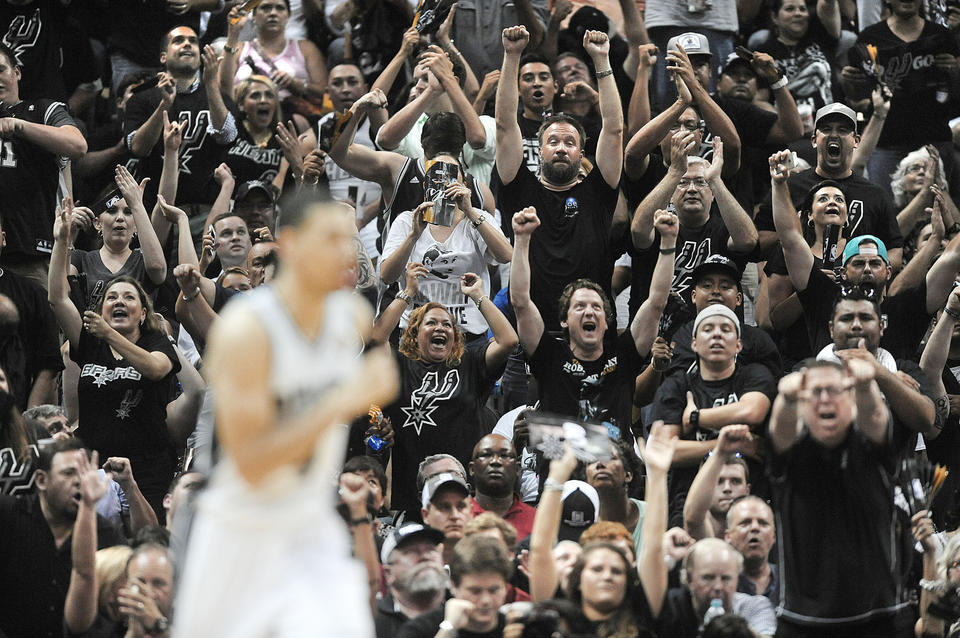 The Rockies might suck, but this is still a great picture of a jacked-up Tulo:

A couple links worth sharing

I didn’t share any links last week so this first one is actually more than a week old. But this feature on the freakishly nerdy Canadian hillbilly that blackmailed celebrities online and led to the wrongful Internet Crimes Against Children case against Chris “Birdman” Andersen is mind blowing. The way it has appeared to change Andersen is a very saddening undertone to the whole thing. So, yeah. Read this.

I also enjoyed this piece on Zimmer from Tom Verducci. Check out this paragraph!

Zimmer met Babe Ruth (in 1947), was a teammate of Jackie Robinson (1954-56) and played for Casey Stengel (1962). He was in uniform for some of the most iconic teams in history: the team that lost the most games (’62 Mets) and the team, including postseason play, that won the most games (’98 Yankees). He was in uniform for the only World Series championship for the Brooklyn Dodgers (1955), one of the most famous World Series home runs (Carlton Fisk‘s shot in 1975), one of the most famous regular season home runs (Bucky Dent in 1978), the Pine Tar Game (1983), the first night game at Wrigley Field (1988), the first game in Rockies history (1993), and all three perfect games thrown at Yankee Stadium (Don Larsen, David Wells and David Cone).

While we’re on the topic, here’s Vin Scully chiming in on Zim in his patented charming, wonderful Vin Scully way.

This E:60 report from Jeremy Schaap on Dominic Moore is powerful and worth your time.

And Rick Reilly published his last column at ESPN this afternoon. Reilly is an all-timer who happened to be turning in garbage recently, but he sticks the landing on this one.

And some other stuff…

You should all know how I feel about the “Bad British Commentary” series. They posted a new one for us! Yay!

And finally, are you guys all pumped for the World Cup?! …Because I don’t care about it at all. That said, check out John Oliver’s must-watch, incredibly well-done take down of FIFA from his new HBO show. 13 minutes well spent.

(I linked to that E:60 report on Qatar a couple weeks ago; it’s right here if you missed it.)

Happy Tuesday everybody. Thanks for reading. Go buy your dad a tie. See ya next week.