Welcome to the 57th edition of Tuesdays With Mitch, where we’re enjoying a great time of the year for sports. I don’t even care if I say that in this space every single week. Let’s get into it.

The Avalanche vs. Wild series has been pretty damn fun through three games. I told y’all playoff hockey was awesome.

We’ll start with Game One, because Game One was unbelievable. You know what happened. Roy pulls the goalie with three minutes to go (!). Erik Johnson saves an empty net goal by doing this (!) with less than two minutes left.

Then Stastny scores with 13 seconds (!) left. Then he scores again in overtime (!). It was awesome. (Just ask Ty Lawson.)

You also have to listen to Marc Moser’s homer radio call of the two Stastny goals. They’re epic.

Regardless of what happens in the rest of this season and series, Game One will be one of the best sports moments of the year in Colorado. To welcome playoff hockey back to Denver in that manner was truly unbelievable.

They also won game two of course, in part because Nathan MacKinnon did this.

I mean… Holy Crap. What a great GIF. He’s completely alone taking on four Wild… guys (Wildites? Wildonians? Wilds?). I don’t think I’ve ever seen someone on skates breaking dudes’ ankles like an Iverson crossover. By the way, that feat was accomplished by a guy who was born in 1995, so that should depress us all.

Later that evening. Landeskog, McKinnon and Stastny combined for this artistic goal. Flat out artistic.

The Avs lost 1-0 in overtime last night despite 45 saves from Semyon Varlamov, who was incredible. I still like the Avs in five or six. Keep in mind, if they get by the Wild they might get their best player back in Matt Duchene for the second round. That would be fun.

Matt Cooke’s cheap shot on Tyson Barrie last night was bush league and confirmed his doucheness. Cooke is a low-talent hack who as made a career of hits and cheap shots and suspensions. As Deadspin and The Post’s Adrian Dater pointed out, this is just who Matt Cooke is. It’s one of the things that sucks about the NHL. Goons cheapshoting opposing players who are actually good detracts from the game. And it sucks for the Avalanche who just lost another important piece for likely the rest of the year. What a douche.

This should probably go to Nathan MacKinnon or Paul Stastny or Semyon Varlamov, but I’m going with Greg Popovich. The Spurs’ coach is known for hating the in-game interviews during nationally televised games. He gives salty, combative interviews like these with the affable Craig Sager.

It was recently revealed that Sager will be undergoing treatment for acute leukemia . On Sunday, Sager’s son took over and interviewed Pop during the Spurs vs. Mavericks game. The coach carried himself a little differently even though it was in the middle of a crucial playoff game.

That was an awesome moment from Pop.

When I think of "Boston Strong," I think of the toughest, smartest, most resilient people in America calling each other retards and queers. 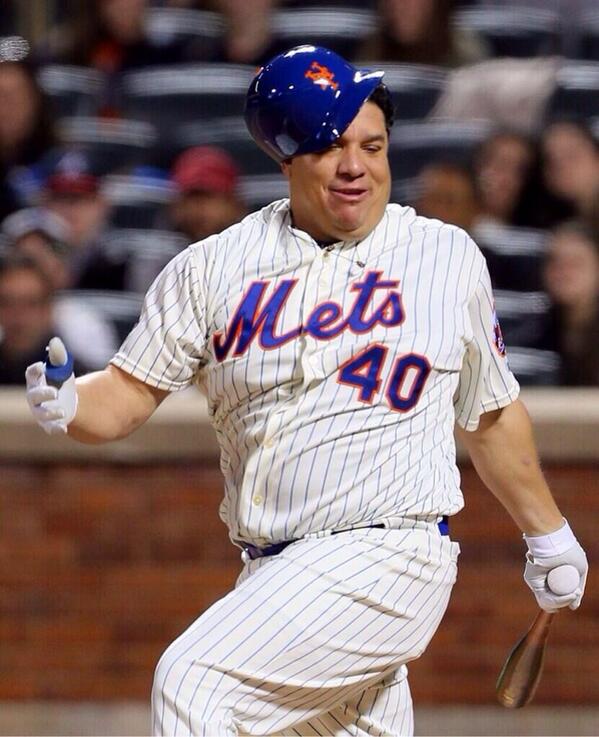 Aaaaaaaand I just realized I need to devote much more of my blog to this wonderful human being. Starting now.

Those are some great swings Bartolo Colon. https://t.co/QCv5y6QSQb

Okay, I suppose that’s enough for this week. But this will not be the last we see of Bartolo Colon.

If you watch Mad Men (and everybody should watch Mad Men), these Grantland reviews from Molly Lambert are just the best.

I thought the follow-up on the popular obituary of “Pervert Dave” was pretty darn interesting.

And finally, hopefully you didn’t miss the Rockies’ new mascot on display Saturday night. This guy/gal is definitely better than Dinger.

And some quick thoughts on the Rockies while we’re at it… I still think they’re pretty good and will remain relevant in the National League throughout the year barring any long term injuries. Their starting rotation is going to improve. Their bullpen has been fine. And their offense is the best in the majors. That’s not a bad combo.

Also, I was going to review the new Party Deck/Rooftop at Coors but my friends got there before I did on Friday night. (I like to watch the first inning from the concourse behind home plate.) They hated it so much that I never even made it up there. (“Can’t see the game. Can’t even get a beer.”) That said, if it pulls the “party crowd” away from wherever I’m sitting and isolates the people who don’t care about baseball way up there, I absolutely love it.

And we’ll close with a pretty funny moment from last night’s blowout win over the Giants. This kid has never seen a baseball before. Or he just really likes baseballs.