Welcome to the 17th Tuesdays With Mitch, where I find it amazing how little I can care about NBA Free Agency over a long holiday weekend. I guess Dwight Howard or Shaquille O’Neal or somebody signed with the Mavericks or Rockets or Astros or somebody. Whatever. It was nice out and that cold case of magical American Budweiser cans wasn’t gunna drink itself.

In news I did pay attention to, Andre Iguodala bailed on the Nuggets and took a 4 year deal with Golden State worth $48 million. I always got the feeling Iguodala never really wanted to be in Denver for some reason, even though the team was dominant in the regular season. Oakland isn’t exactly a title contender or a huge market, and apparently George Karl wasn’t the issue either. Maybe he’s the only NBA player alive who doesn’t like weed.

I’ve always really liked Iguodala’s game, but I think 12 mil a year for four years is a little much for a player that can go through some serious offensive droughts. Also, the Nuggets have acquired Darrell Arthur and JJ Hickson in what could (or could not) prove to be a couple savvy moves. I think both of those players, Hickson in particular, are the kind of solid NBA role players a contender needs.

At any rate, next season the Nuggets will have a new head coach, new GM, new starting center, new starting two guard and a new starting small forward until Gallo comes back from his knee injury. That feels like an unprecedented amount of changes for a team that won 57 games. I guess that’s the kind of thing that’ll happen when you never win in the playoffs.

Roy Oswalt has not exactly been the savior to the Rockies rotation. Instead he sucked. Then he got hurt. (Chris Peterson, Getty Images).

The Rockies had a disaster of a series this weekend in Arizona. They were outscored 22-6 and never had a chance in any of the three games. And boy, Roy Oswalt and Drew Pomeranz sure have sucked. On Sunday, the comedy of errors reached quite the crescendo. Oswalt, the supposed savior (I never bought in) who, again, has really sucked, was in the process of pitching poorly before pulling a hamstring trying to run to home plate. So he’s done for a while, with nobody worthy of replacing him, which is saying something, since he has really sucked. Then in the ninth inning Carlos Gonzalez, who has not sucked at all, left the game after injuring his hand on a swing.

This team is teetering on the brink of irrelevance with two series to go before the All-Star break. When Tulowitzki went down, I wrote that it was hard to see the Rockies hanging around and they really haven’t.

It’s clear that the Rockies offense is kind of a mess without Tulo in the lineup. What nobody is talking about, though, is that the Rox are missing Tulo and Dexter Fowler, who has also been crucial to the Rockies’ success or lack thereof. Not having either of them in the lineup or in the field makes the Rockies a completely different team.

The Rockies have three in San Diego (they won Monday), which has now lost ten in a row. Then there’s a possibility both Fowler and Tulowitzki will come back on Thursday for four games against the Dodgers. Those seven games could go a long way in determining how many more times I stroll out to Coors Field the rest of the summer.

(via @erikmal) I found it on the timeline of @edsbs.

And a cool picture: 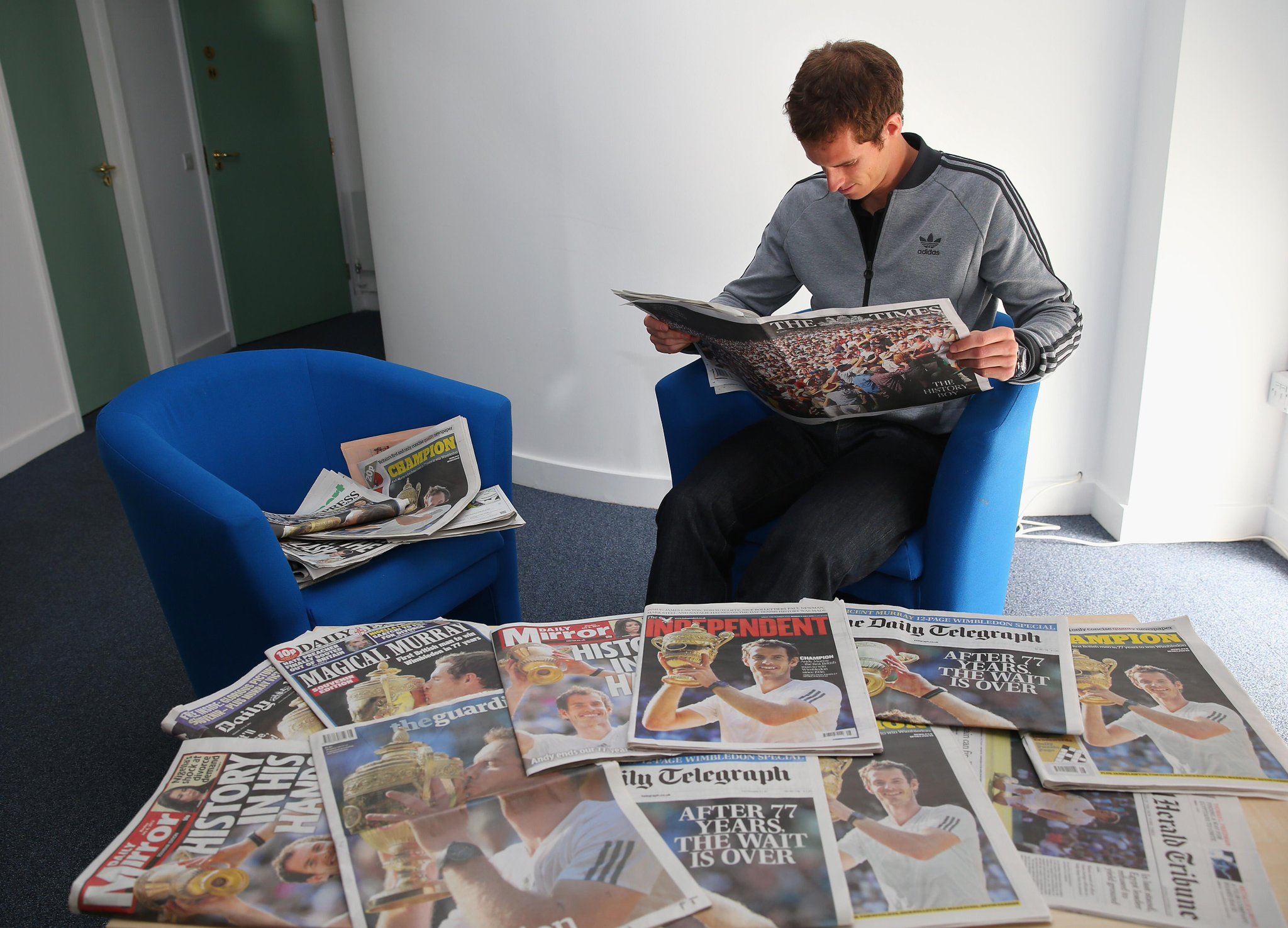 (Via @GettyImages and ‏@RealMikeSinger) I found it on the timeline of @richarddeitsch.

And an incredible front page: 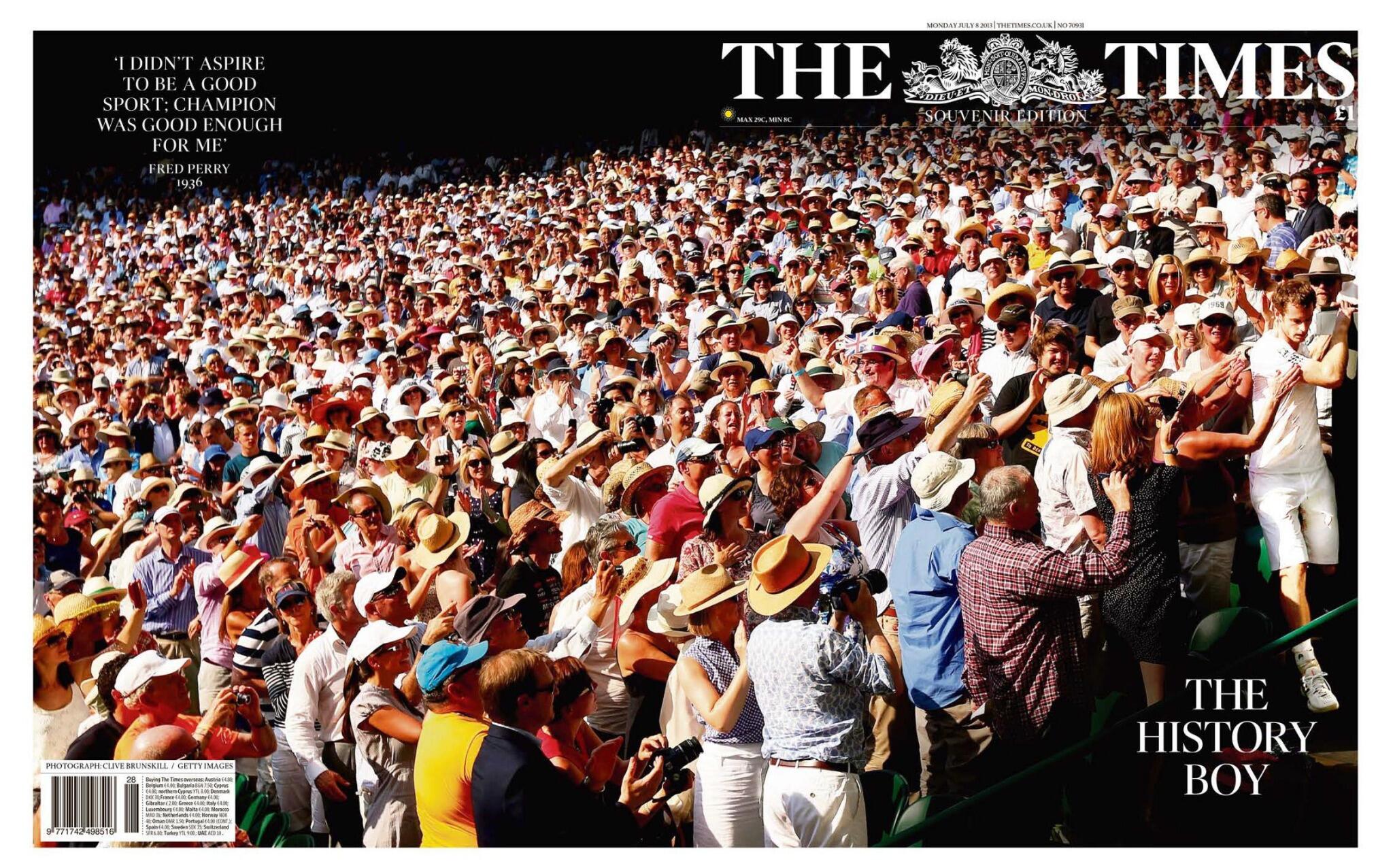 (Via ‏@suttonnick and @thetimes). I found it on the timeline of @richarddeitsch

As far as links go, there’s really only one piece you should focus on this week. Instead of trying to describe it myself, here’s SI’s Richard Deitsch from his weekly media column:

If you click on anything in this column please let it be the video linked in the next paragraph. It might be the best feature piece I’ve ever seen on ESPN.

ESPN aired the 21-minute video on Outside The Lines on Sunday, which documents the remarkable friendship between former Cleveland high school wrestlers Dartanyon Crockett and Leroy Sutton. Crockett, who is legally blind, earned a Judo medal in the 2012 Paralympics in London, and now lives and studies in Colorado Springs, Colo., while Sutton, who lost his legs at age 11 when he was hit by a train, is now a college student in Phoenix. It is impossible to watch without weeping.

Bravo to former ESPN features producer Lisa Fenn, who produced the original piece on these friends in 2009 and was a central figure in Sunday’s piece, and ESPN coordinating producer Jose Morales, who helmed the update.

Watch the video. Read the feature. Both are certainly worth your time.

I try not to cuss on here, but I sure don’t mind when other people do.

That’s actually a pretty appropriate response to a horrible question. “You just threw your second no-hitter! What was with that walk?”

Eric Decker had a better weekend than you.

Apparently somebody filmed me at the gym the other day.

This  poor guy helped produce my favorite YouTube minute of the week, even with the sideways phone.

And finally, in the opening I mentioned that I had some fun this weekend. On a few occasions I was presented with a situation that reminded me of a Personal YouTube Hall Of Fame video from a couple years ago. It’s borderline inappropriate, but who cares.

Happy Tuesday everybody, see ya next week.